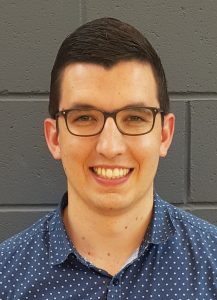 Born in South Africa, Cobus immigrated to Adelaide where he completed his studies at The University of Adelaide graduating as a lawyer in 2014.

In 2015 he came to a saving knowledge of Jesus Christ after his friend shared the glory of the gospel with him and he started to read about the life, death and resurrection of Jesus through the pages of Scripture.

Since then, his Christian walk has been greatly influenced by the ministries and writings of John Calvin, Charles Spurgeon, AW Pink, John MacArthur, Steven Lawson, John Piper, James White and Todd Friel.

He relocated to Brisbane in 2016 to work for a retail asset management company. Through a Grace to You connection, Cobus found Grace Bible Church where he soon became a member. It was there that he met and married his beautiful wife Shavana.