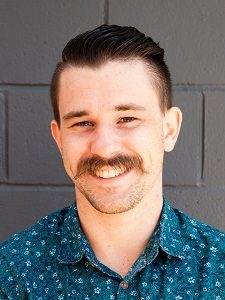 Rhoison was born in Queensland Australia but went to school in New South Wales. He dropped out of high school in grade 8 and decided to go into the work force.

Within this time, he came to understand the truth about God, the Gospel and God’s sovereign grace in His life. As a fresh new Christian Rhoison was led to pursue further tertiary education as a result of his early departure from high school. He knew that he wanted to study God and His Word, so he decided to study a bachelor of Theology at Queensland Theological College (QTC) in Brisbane. After his time at college he went on to do a Graduate Diploma in High school Education and finally decided to pursue a Master of Arts Majoring in Theology at Brisbane School of Theology (BST).

In 2016 Rhoison married a beautiful young woman named Salli who loves God and loves children. Rhoison and Salli don’t have any kids yet but would like some in the near future.

Rhoison has the great privilege of being able to serve at Grace Bible Church and he loves his church family very dearly.