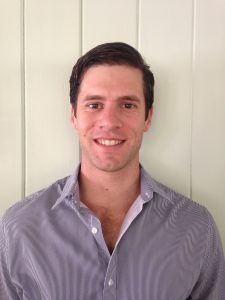 Louis was born in Canada and migrated to Australia with his family at age 6. He completed his Bachelor of Civil Engineering at the Queensland University of Technology in Brisbane in 2007 and works locally on large infrastructure projects.

Louis was raised in a Christian home, but his life changed whilst living overseas in his mid-twenties after being convicted, listening to a radio sermon, of his lack of a personal relationship with Jesus Christ. He and his wife Kerrie began reading though the bible and placed their faith in the saving grace on offer though his sacrifice.

His faith and walk has been spurred on by the ministries of John Piper, C.S Lewis, Paul Tripp and his brothers in the local church.

Louis and Kerrie have 4 young children and consider it a privilege to serve the congregation in Grace Bible Church.